Ameri-Cana Expeditions Inc. has been offering Polar bear hunts across the Arctic for well over 30 years

Ameri-Cana’s Polar Bear hunts are conducted out of the village of Grise Fiord. This area has proven to be one of the most successful areas in the Arctic for big bears.

Grise Fiord was established in 1953 and is the largest community on Ellesmere Island. It is the northernmost civilian settlement in Canada. It lies 1,160 km (720 mi) north of the Arctic Circle. It is home to 150 residents.

In Grise Fiord there are two seasons: the "light" season from May to August, when the sun never sets, and the "dark" season from October to mid-February, when the sun never rises. For 10 months of the year, the sea around Grise Fiord is frozen; break-up usually isn't complete until mid-August. Until then, they use the sea ice as a highway for travel by snowmobile or dog team. There are no connecting roads on Ellesmere Island, so Grise Fiord is connected to the rest of the world by an airstrip.

Hunting is still an important part of the lifestyle of the mostly Inuit population. Quota systems allow the villagers to supply many of their needs from populations of seals, walruses, narwhal and beluga whales, polar bears and musk oxen. Ecotourism is developing as people come to see the spectacular northern wildlife found on Ellesmere and surrounding islands.

Along with high success rates and good trophy quality, this 12 day hunt in the Arctic is sure to be one of your most memorable. Along with that, the Inuit culture itself is an unforgettable experience. 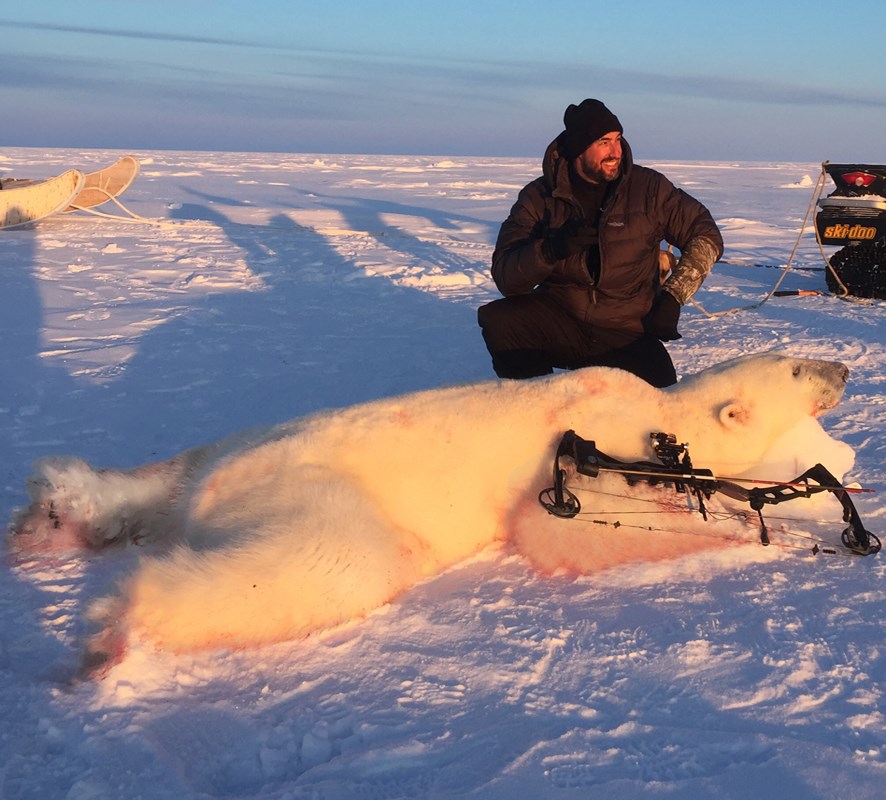 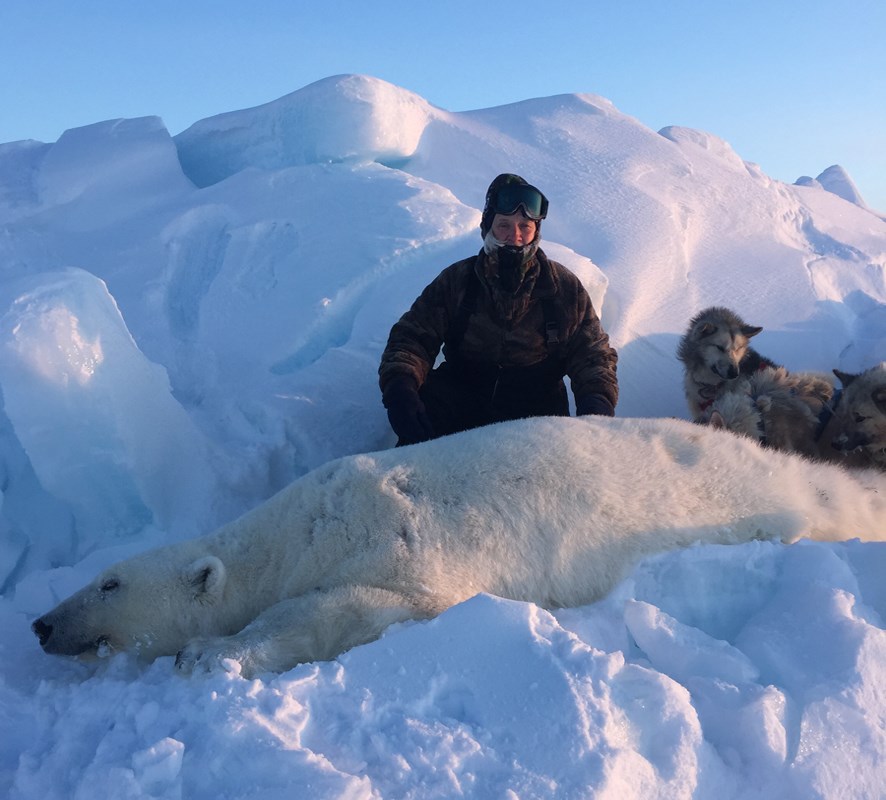 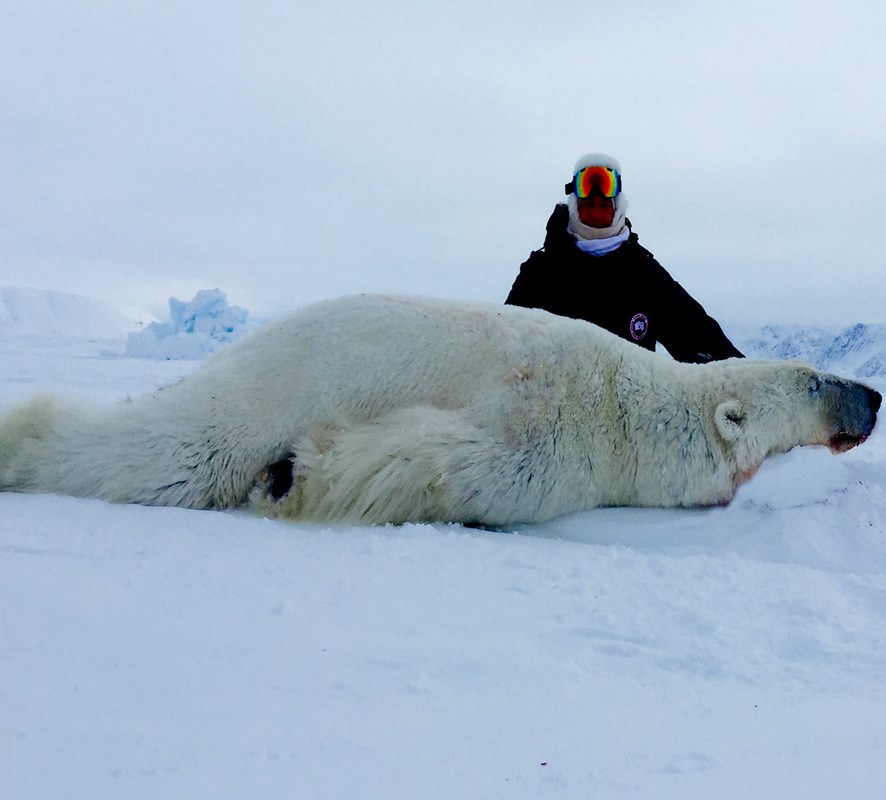 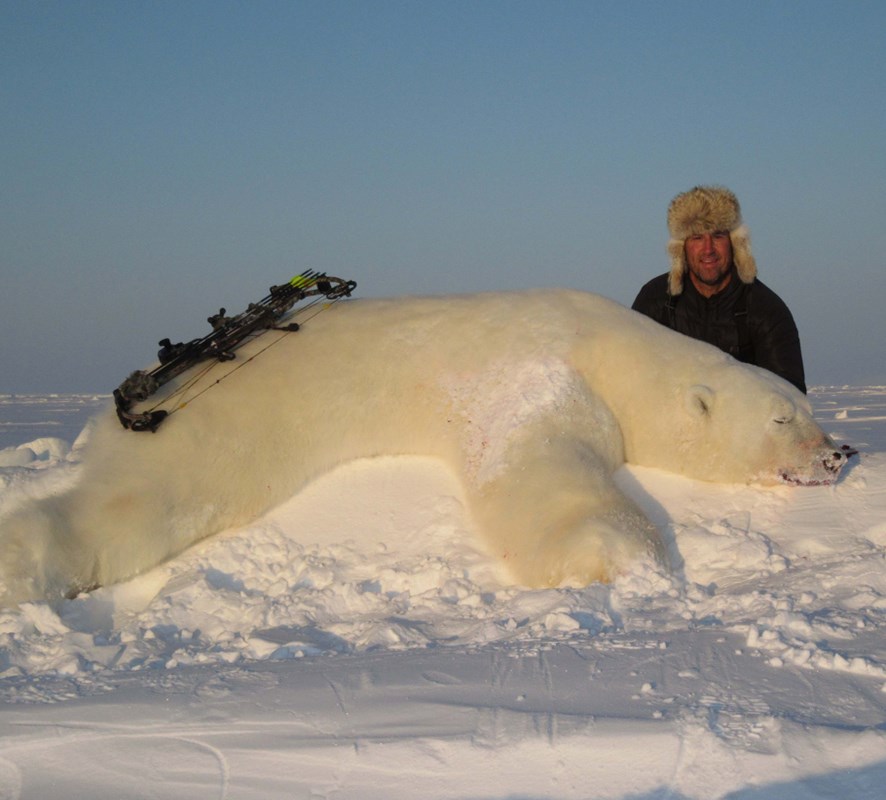 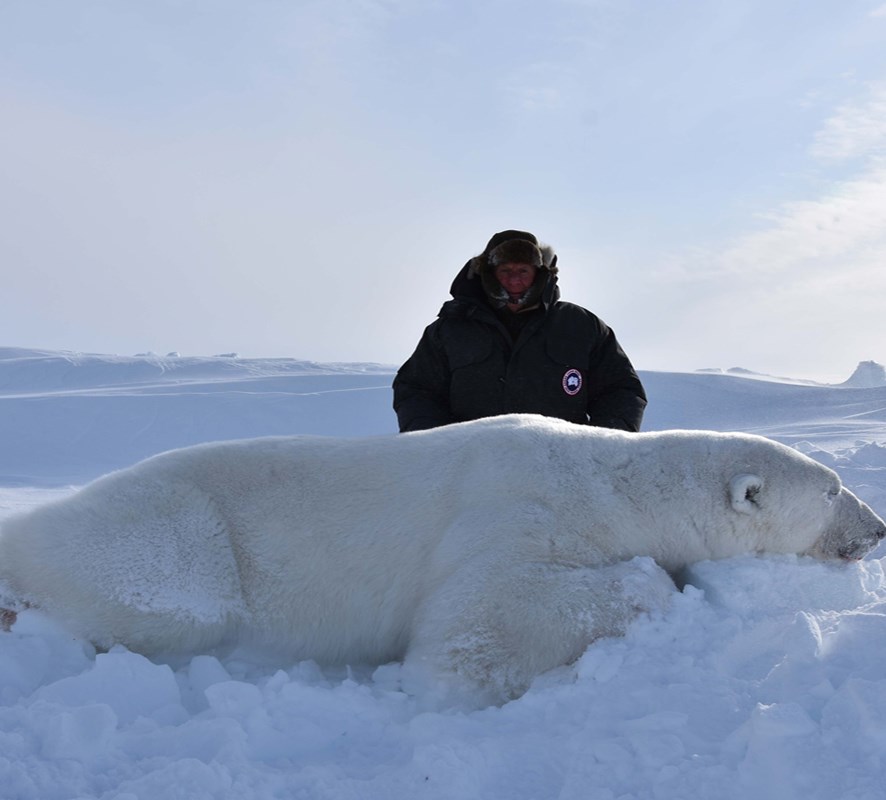 These hunts are conducted from the community of Grise Fiord, which has a high harvest quota of Polar Bears. This quota, of course, is proportional to, and reflects the local bear population.  Ameri-Cana Expeditions researches the arctic every year to see where the biggest bears and best success rates are. At this time Polar Bears are not importable to the USA or Mexico. Importation laws can change any time, Ameri-Cana is always on top of current laws and the best and most successful areas to harvest big bears.

Hunting is done from heated wall tents and outpost camps in prime areas. On the ice, you will travel and hunt by dog sled with your guide. There will also be at least one other assistant guide on a snowmobile with all your gear, so accommodations are never far behind.

The cost of the hunt can vary depending on the area. A optional charter service may be used to get to the hunting area. Please contact us directly for up-to-date costs and availability.

A Greenland Musk-Ox can be added to your hunt and will make for another great arctic trophy. These hunts must be booked prior to your arrival.

Dates for these hunts run from mid-March to the end of May. Hunt dates allow for 12 days of hunting and run approximately a 15-16 day itinerary depending on airline schedules. Please inquire about specific available dates.

The cost includes the services of an experienced, licensed, Inuit (Eskimo) polar bear guide with a dog team for the duration of the hunt; the service of a guide helper with a snowmobile for the duration of the hunt; cold weather clothing; all food during the hunt; field preparation of the trophy; return ground transportation by snowmobile from the nearest commercial airports to the hunting area or outpost camps. Air charters can be arranged as an alternative (where feasible) at the client’s expense.

The cost for a non-hunter companion includes all items as above, with the exception that he/she will be transported on a sled drawn by a snowmobile.

Cost Does Not Include

All travel arrangements from the client’s home to the Grise Fiord, where the hunt is scheduled to take place; air charters if required; licenses or trophy fees; export permit fees; personal items such as sleeping bag and clothing other than noted before. Guns and ammunition; excess baggage charges; gratuities to guides; packing and shipping of trophy; taxidermy fees; Canadian goods and services tax of 5% where applicable.

Prices are subject to change without notice. All above fees are payable to the Nunavut government in Grise Fiord and include the 5% G.S.T. Please have Canadian cash for the above fees.

Cancellation insurance information will be enclosed in your package once you decide to go. This insurance is highly recommended. It will cover full value of your money sent to us in the event that you must cancel your hunt due to medical or compassionate reasons. This insurance application will be sent at time of booking.

Travel Arrangements
How to Get Here

The hunts are conducted along the Arctic coast and are conducted from the community of Grise Fiord, which has a high harvest quota of Polar Bears.

Ameri-Cana Expeditions will assist you with all the flights needed to get from your home to your Polar Bear hunt destination and return.

Your Polar Bear hide, skull, and baculum bone will be shipped frozen from Grise Fiord to a recommended Canadian Taxidermist to be fleshed and cleaned properly.  The taxidermist will contact you for specific instructions to follow.  Storage facilities are available upon request. . The shipping, taxidermist work, and storage will be at your expense.  Once properly prepared, your hide can be stored for many years. 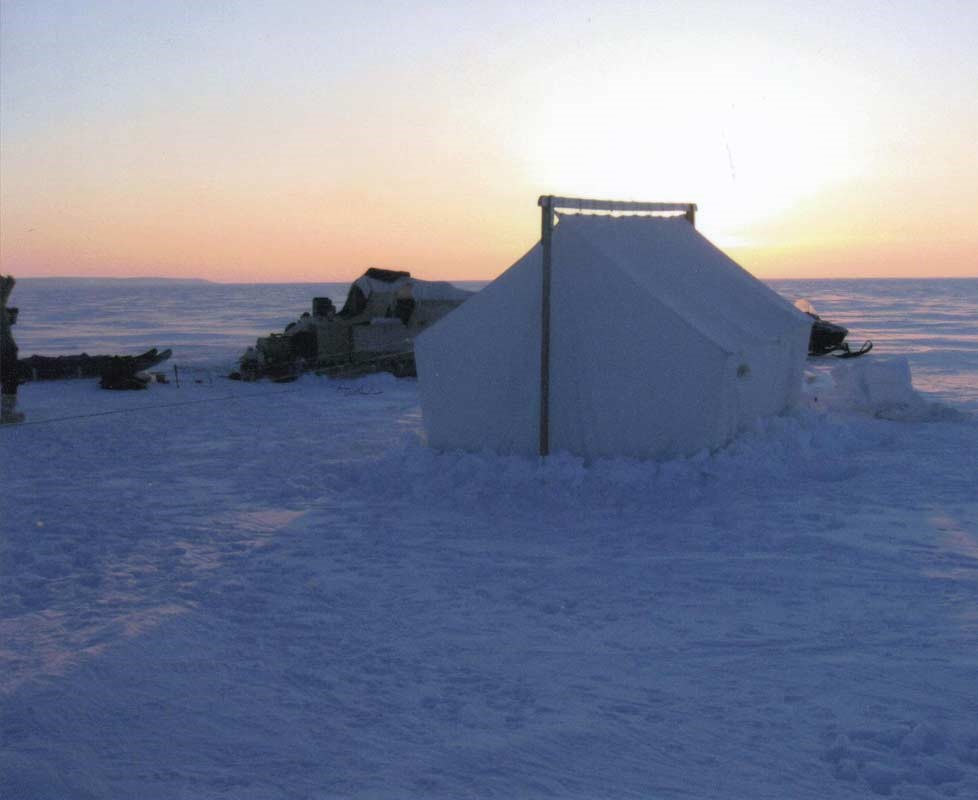 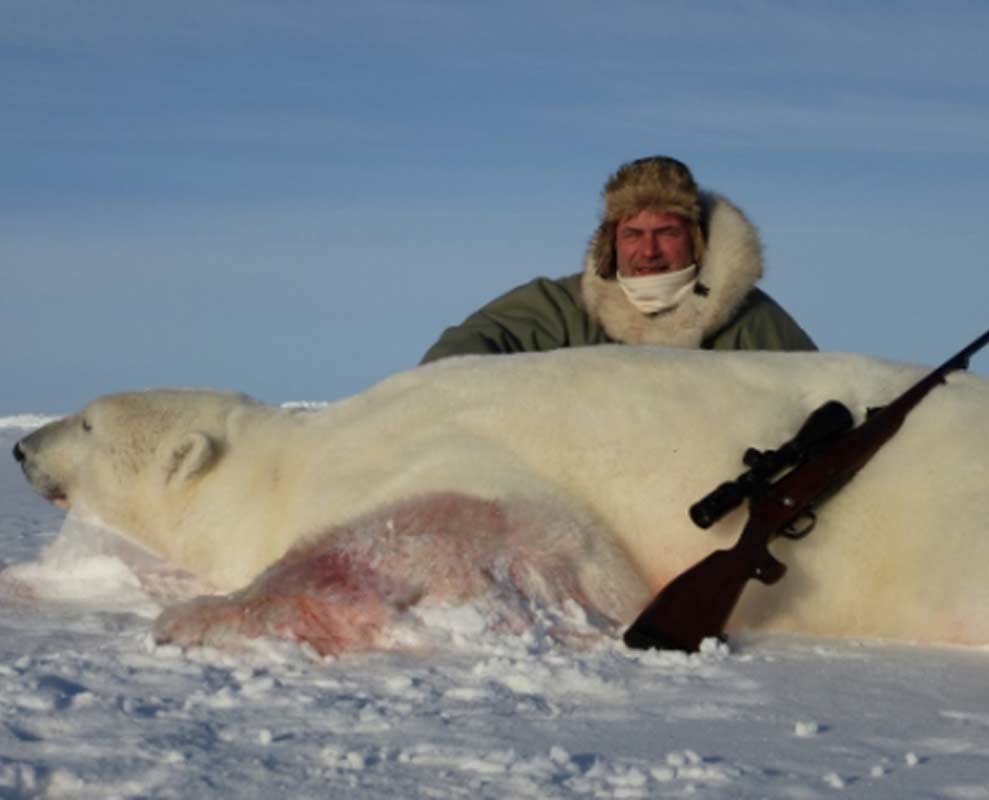 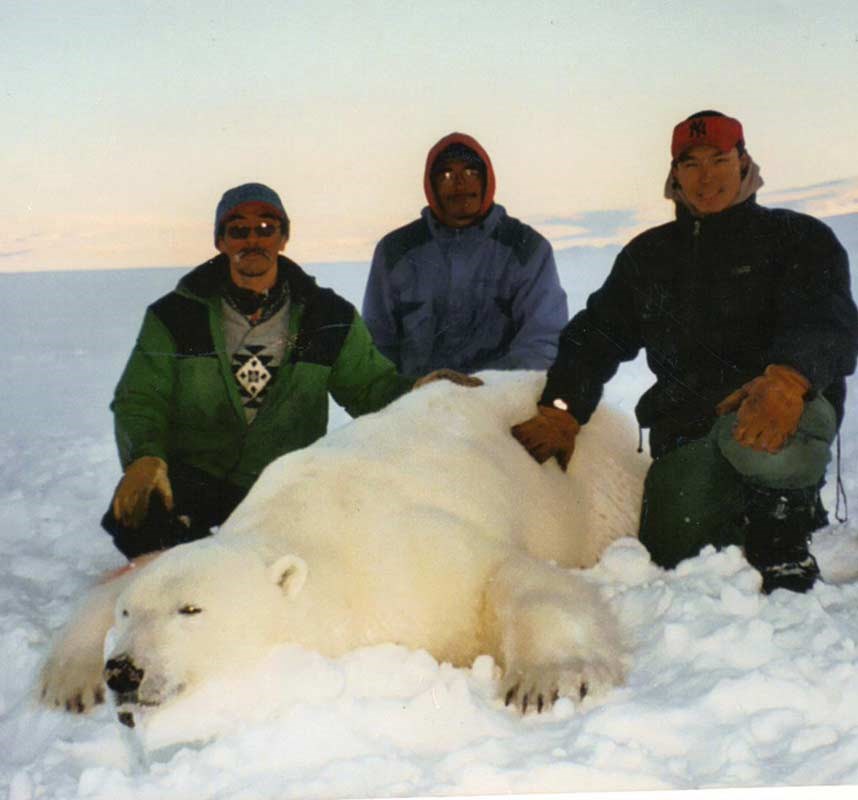 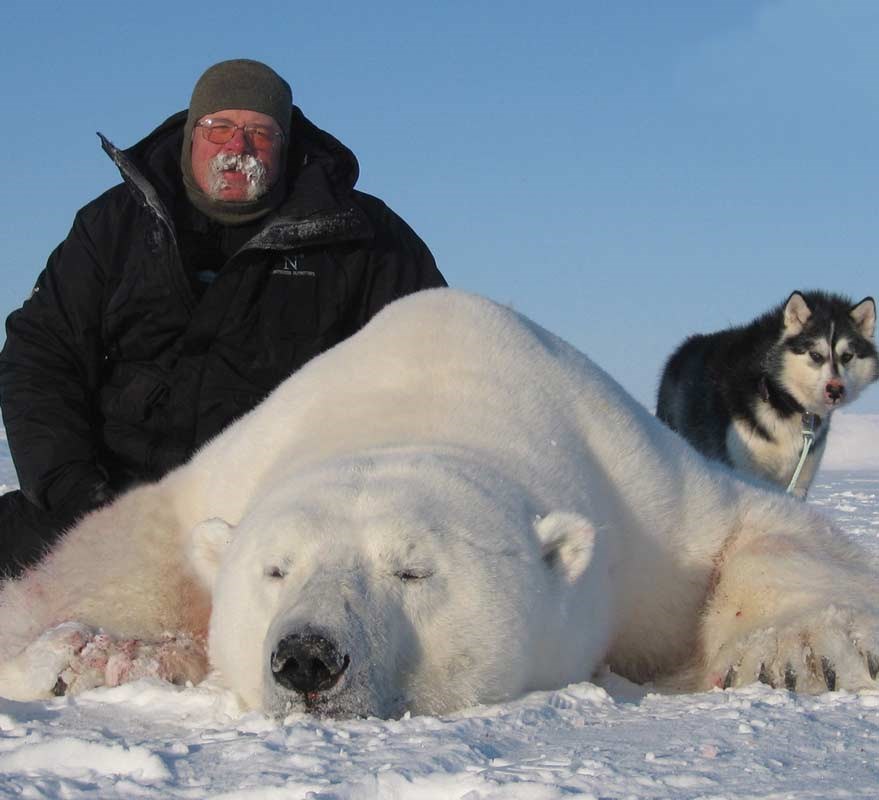 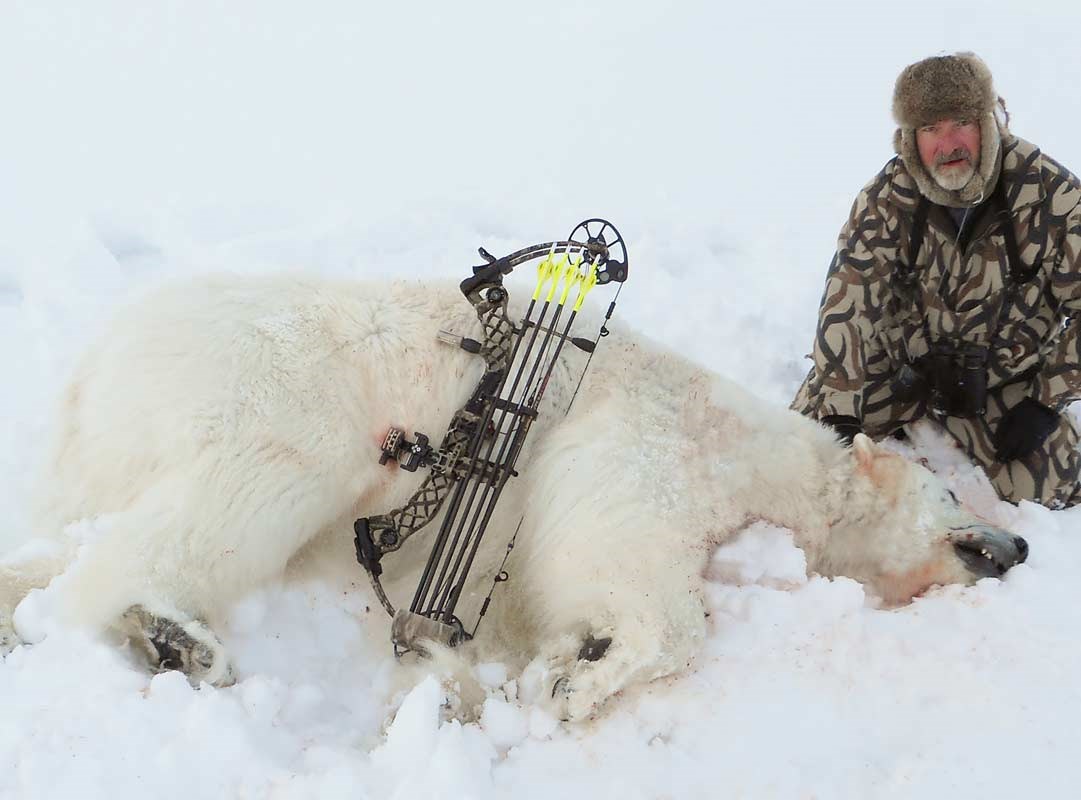 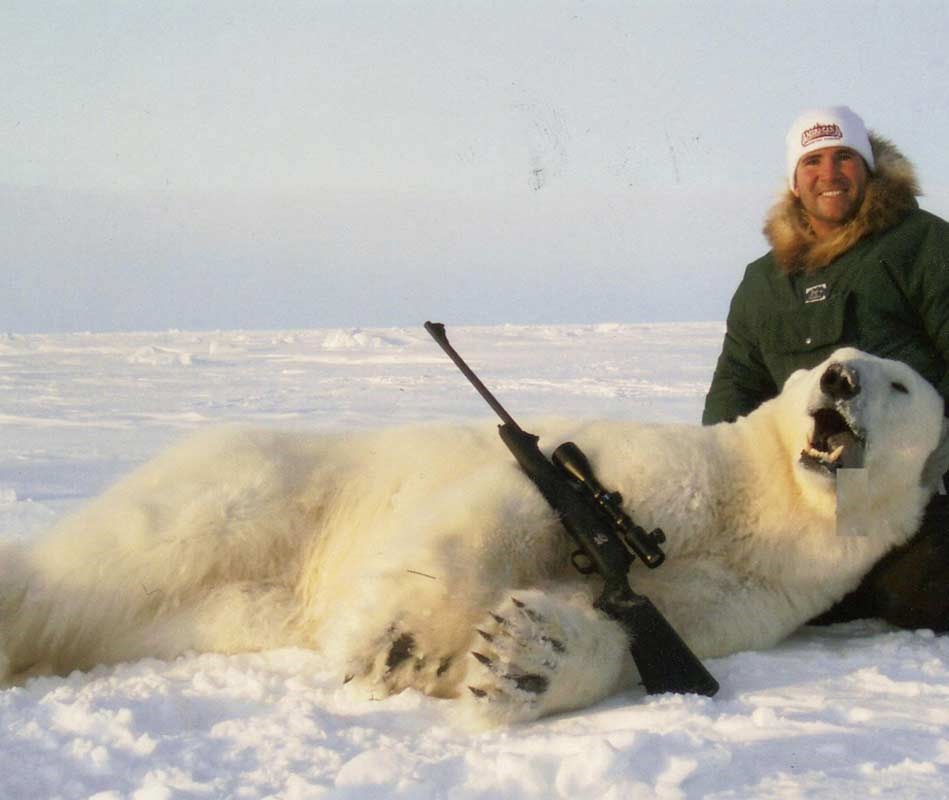 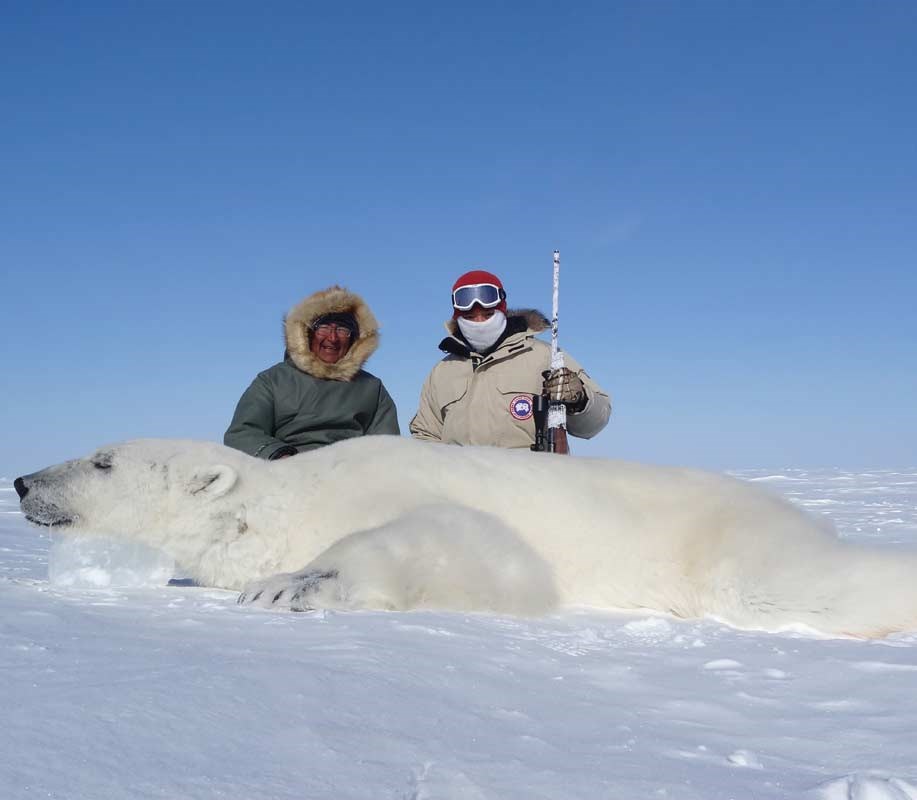 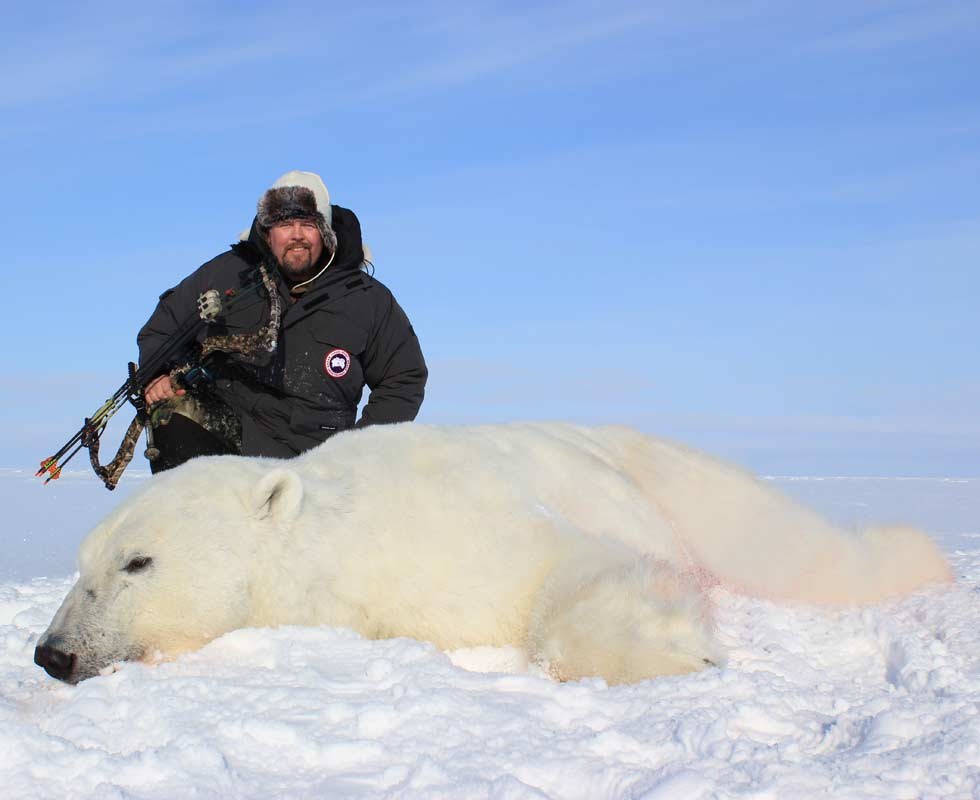 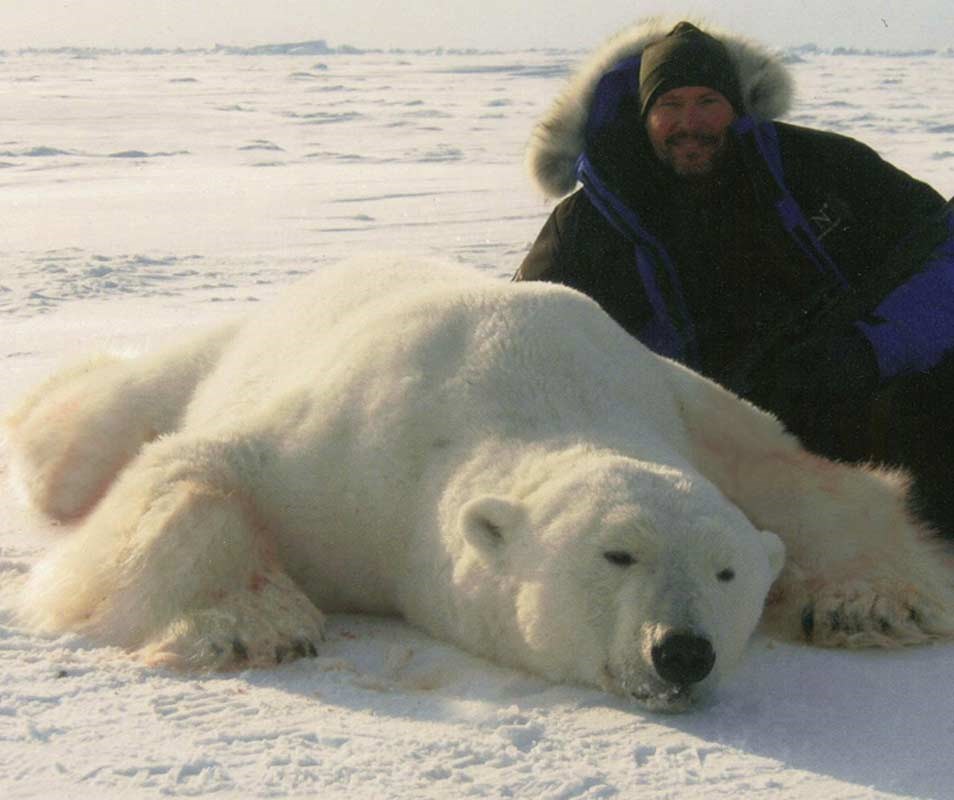 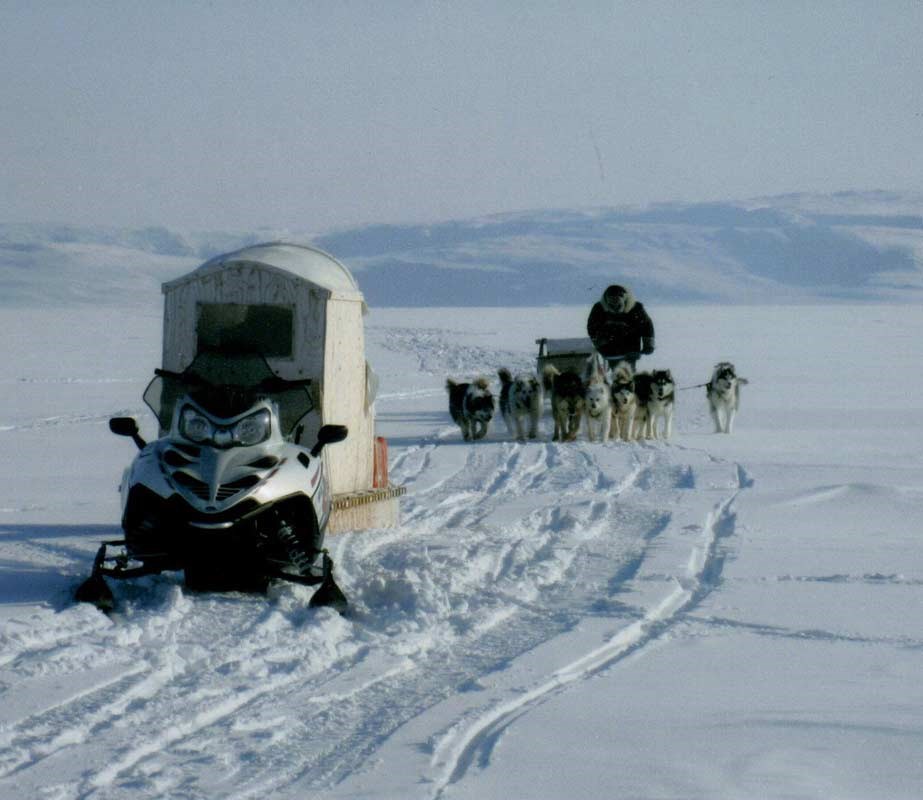 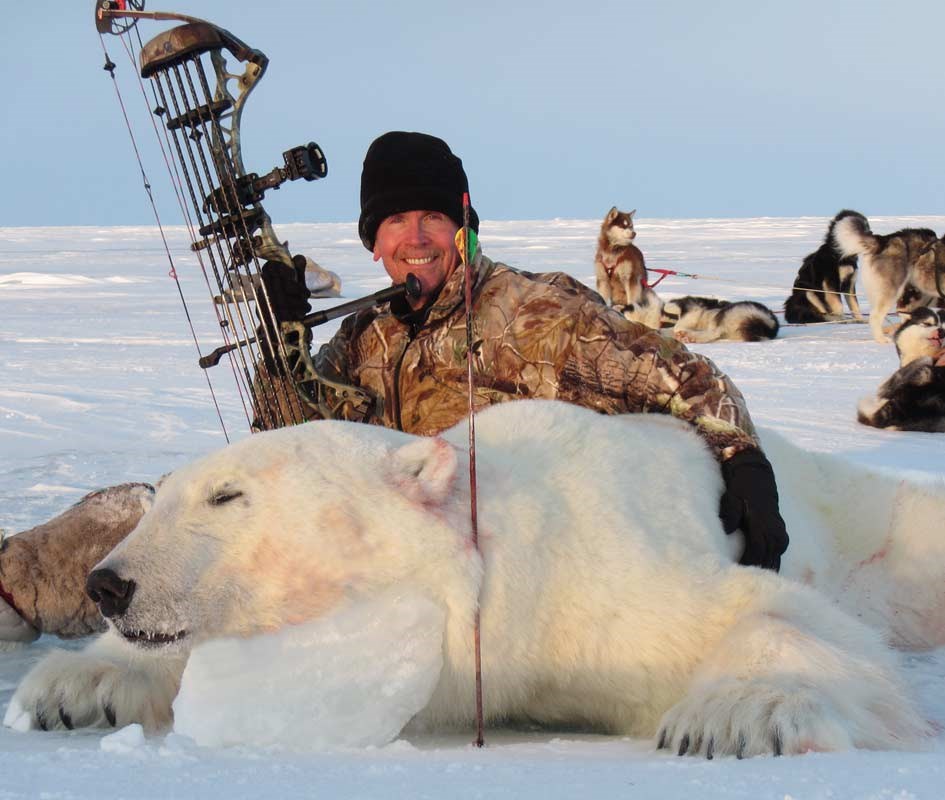 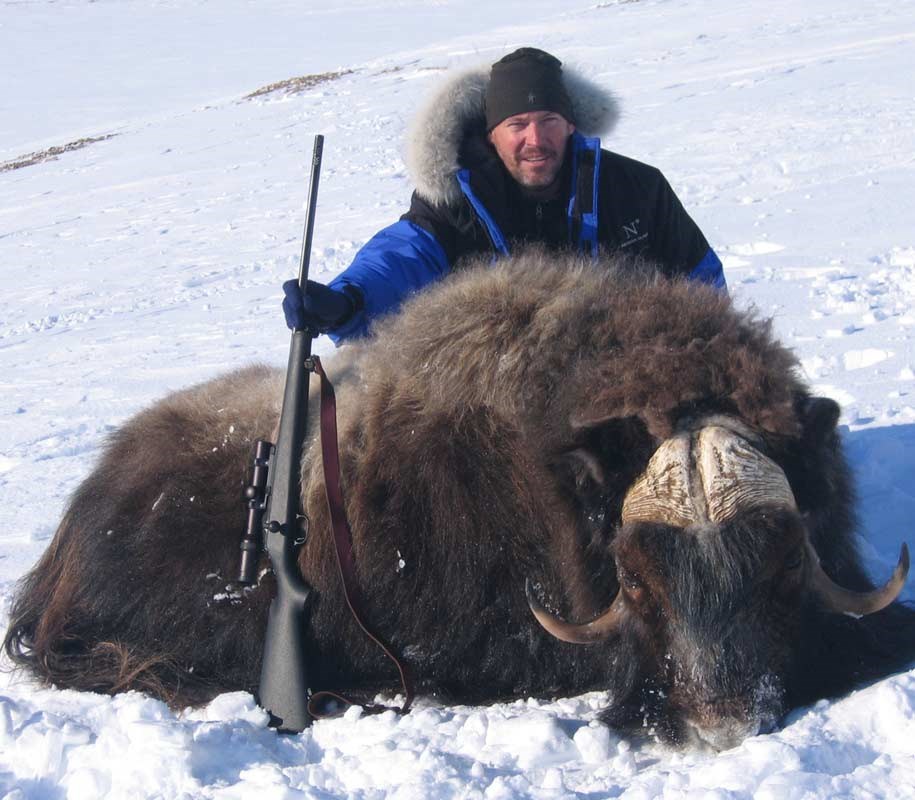 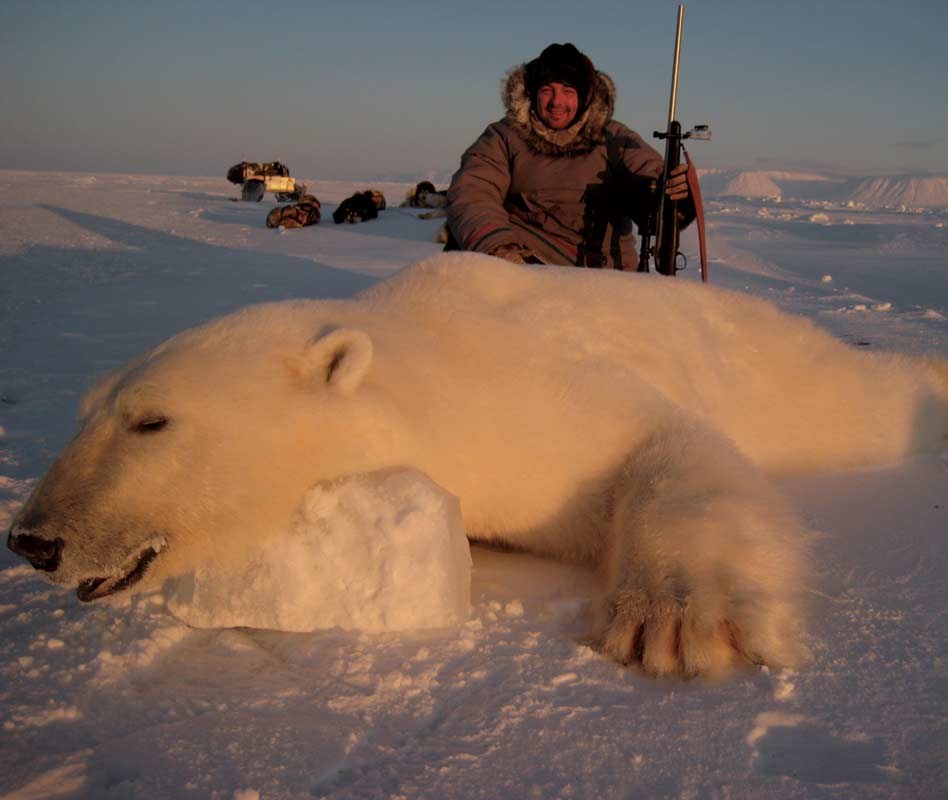 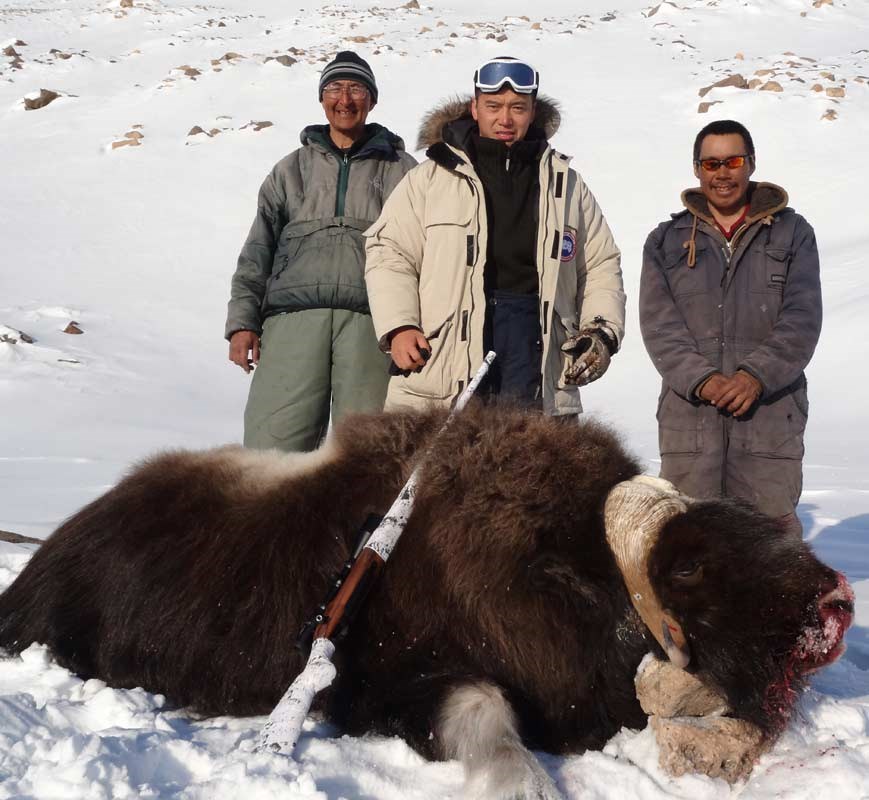 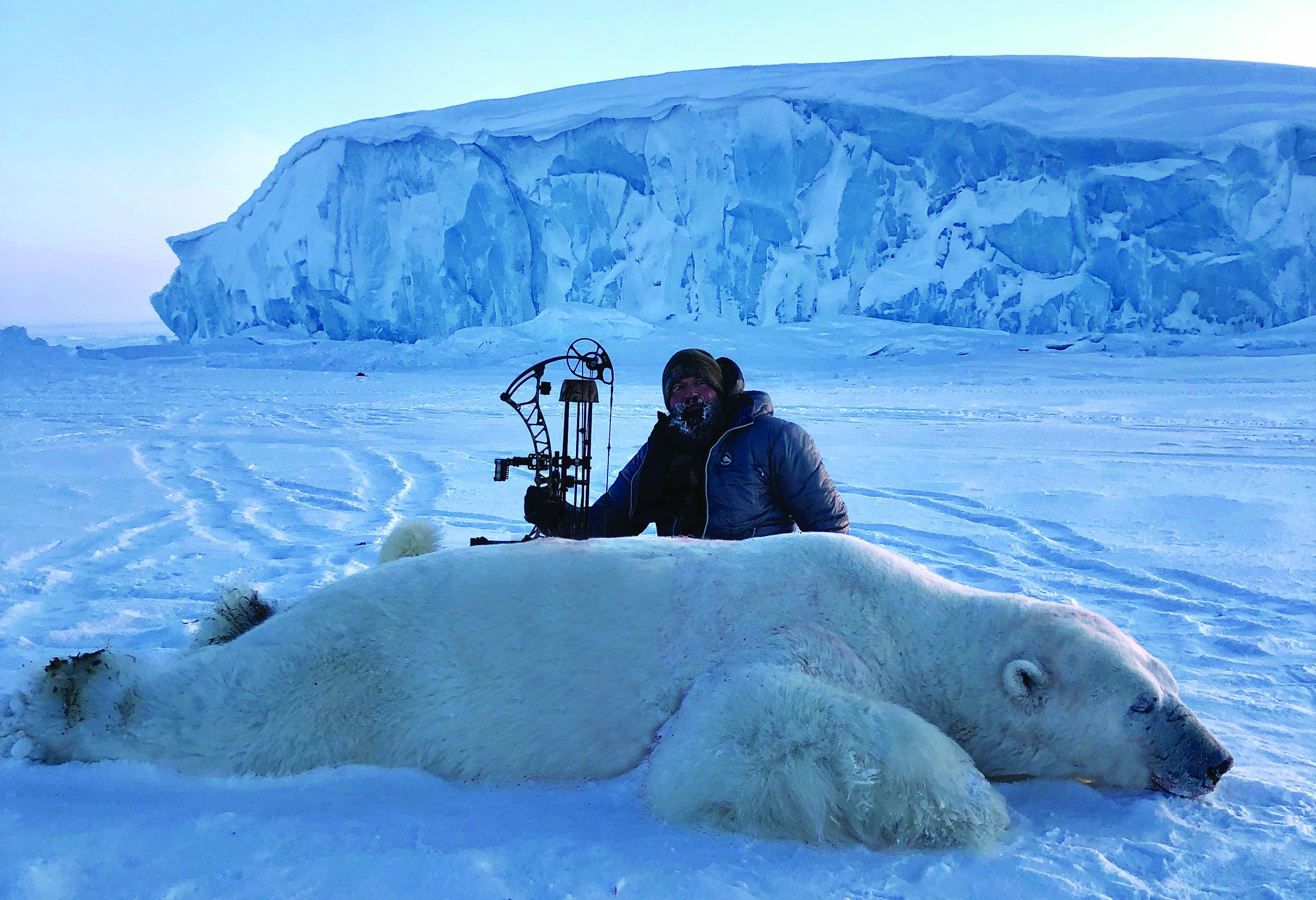